With this week’s release of the latest film in the Fast & Furious series, I want to tackle a single film for several of the actors in the film. Of note are Oscar winners Helen Mirren and Charlize Theron who could each get their own articles, but who aren’t the key players in the film. As such, I am limiting each of them to one film and, in the spirit of the blockbuster nature of this film series, I’m limiting both actors to films that were box office hits of varying types. The remaining three actors have much smaller filmographies and less options, but I chose star Vin Diesel, his film arch rival John Cena, and their co-star Michelle Rodriguez. So, without further ado, here are the five films I selected for this week. 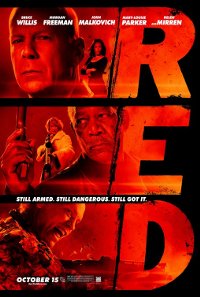 With a big screen career that started with 1967’s long forgotten Herostratus, Helen Mirren has been acting longer than nearly every one of her F9 castmates has been alive, with the sole exception of former child actor Kurt Russell. Her skill has shown itself in numerous acclaimed roles, including her bravura work in The Madness of King George and The Queen, both Oscar-nominated performances and the latter garnering her the Academy Award for Best Actress.

Like all great actors, Mirren is adept at both comedy and drama and finds herself at home in any role, including this 2010 action comedy. RED, which stood for Retired Extremely Dangerous, starred Bruce Willis, Mirren, Morgan Freeman, and John Malkovich as former black ops members joining together on a special mission to stop an assassin hell-bent on killing their leader, Willis. Mirren clearly takes delight in this juicy role, more so than the others who had far more familiarity with such efforts and seemed more bedraggled at times than excited. It’s a fun film, especially with such talent involved. 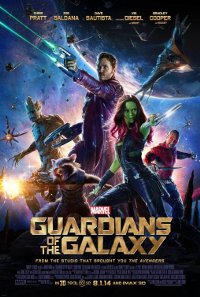 What wasn’t to be expected was the unusual casting decision to put Diesel in the voice-only role of a talking tree who speaks only three words throughout the entire film: “I am Groot.” With subtle inflection changes and tonal delivery, Diesel manages to turn in one of his best performance. This isn’t to drag his capabilities, his performances have always been rather stiff, but here he was given a very daunting task, that of giving a limitedly-linguistic computer-generated figure a voice and making that voice understandable and humorous. Part of that success comes from fellow voice actor Bradley Cooper as Groot’s partner-in-crime Rocket. With the banter between them helping to translate some of the context, the pairing is comedy gold and helps elevate Guardians of the Galaxy beyond commonplace. 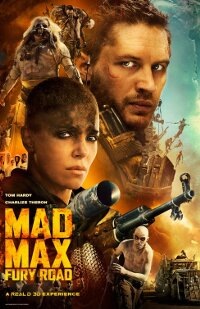 An actor who wasn’t given enough credit when she was starting out, Charlize Theron has since proved the naysayers wrong. As with all young female actors in Hollywood, execs thought they were getting yet another throwaway ingenue who they could pawn off in a bunch of low-brow romantic comedies and then throw away once she got older. It’s the same song and dance in tinsel town since the early days of the casting couch. What many of them didn’t realize is that Theron had staying power. Not only was she immensely talented, her acumen of picking roles that not only suit her capabilities, but also fit her acting style, is almost invincible (Aeon Flux being one of the exceptions).

Yet, even after her Oscar-winning role in Monster, which should have proven her critics wrong, they doubled-down suggesting she was slumming to get an Oscar. Yet, her track record since, including in this brilliant George Miller post-apocalyptic action film, Mad Max: Fury Road, has been largely excellent. Not only were Theron’s expert action sensibilities on display, the terrific script and exquisite ensemble made what could have been a lackluster sequel, a bravura cinematic experience and Theron was an important part of that. 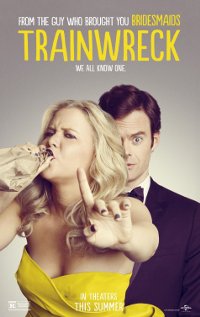 John Cena has followed a number of professional wrestlers into the big screen acting world, though the demands between the two couldn’t be more different. While wrestling is a form of acting, it’s built on bravado, excess, posturing, and more. Acting requires quite a bit more subtlety and while Cena hasn’t quite shown that level of range this far in his acting career, he has turned out a couple of really solid comedic performances.

Trainwreck was comedienne Amy Schumer’s fifth feature film, but her first as a writer. Directed by Judd Apatow, Schumer’s comedy shines through in this tale of a free-spirited magazine writer (Schumer) as she enters her first significant relationship with Bill Hader. Being a heavy drinker and sexually free woman, Schumer’s writer must figure out a way to keep her relationship steady while maturing enough to handle it. Cena plays the gym addict Schumer’s dating at the beginning of the film and he delivers a surprisingly effective performance in his very brief screen time. While it’s not the kind of work that gets him more serious roles, it’s just enough to give everyone an appreciation for his potential even if he never again lives up to it. 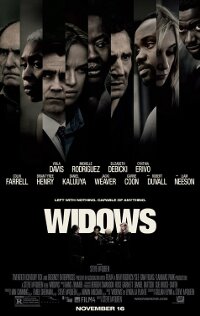 Director Steve McQueen’s fourth feature film was given short shrift by audiences and critics alike, but Widows is a slow boil thriller that features tremendous performances from its female cast, including Viola Davis, Elizabeth Debicki, Cynthia Erivo, and Michelle Rodriguez. The women play the recently-widowed spouses of prominent bank robbers played by Liam Neeson, Jon Bernthal, and Manuel Garcia-Rulfo. Erivo is Linda’s babysitter and doesn’t have a husband in the race, but she’s brought into the caper nonetheless.

The film follows the four women as they attempt to execute their husband’s failed final raid, a major operation that would ensure that everyone was well taken care of for the rest of their lives. The twisting thriller is written by McQueen and Gone Girl‘s Gillian Flynn and expertly turns the crime thriller on its head, inverting the gender roles of the leads and providing one of the best examples of modern films in that genre. Davis and Debicki are the best here, but Rodriguez and Erivo are equally compelling in a crafty and underrecognized accomplishment for all involved.