Hope for the future is a powerful concept and when looking into history to contemplate the best films set in the near or distant future, I’m struck by how often there are not just messages of hope, but also warnings for how things could turn out if we don’t think about the kind of world we hope will exist ten, twenty, or even a millennium or two down the road. Here are my five favorite science fiction films of all-time. 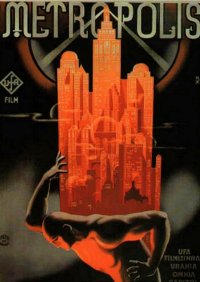 From the beginning of cinema, directors have explored the realm of science-fiction. Georges Méliès made film’s first excursion to the moon in 1902 with Le voyage dans la lune. From that moment forward, science-fiction has expanded and improved upon that work taking us into far distant and futuristic realms. One of the most noteworthy is Fritz Lang’s Metropolis. Released in New York City in March of 1927, Lang’s silent film explores class differences of the period in an indelibly insightful way.

The story of a city planner’s son and a working class girl coming together in the midst of societal strife gives audiences a glimpse into the pre-Great Depression world of haves and have-nots. This dichotomy has been explored in countless ways in the decades since, but Metropolis‘ unique view of a technological future and its spell-binding visual effects makes this certifiable classic a mentally engaging and generally entertaining experience. 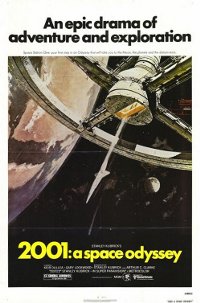 Four decades removed from Lang’s masterpiece, Stanley Kubrick fashioned his own sci-fi classic: 2001: A Space Odyssey. A potent film exploring the nature of the universe, the connective tissues that link pre-historic civilization and futuristic advancement, 2001 was adapted from Arthur C. Clarke’s celebrated short story The Sentinel.

Clarke also wrote the screenplay for a filmmaker who was hot off the success of Spartacus four years earlier and Lolita from two years prior. Having already made seminal films Paths of Glory and The Killing, Kubrick would soon produce some of history’s greatest films. He dug into each genre he worked on to find its core elements and re-defined those for future audiences. Whether it was the Cold War satire Dr. Strangelove, the dystopian drama A Clockwork Orange, the horror masterpiece The Shining, or one of his three other subsequent films, Kubrick’s creative energy and remolding of cinema was made possible by this compelling science fiction drama.

2001 poses numerous philosophical questions that are only partially answered in the film and ultimately require the audience to contemplate and deconstruct them until they understand his singular vision. He won his only Oscar for the visual effects used on this film and they truly are revolutionary looking as fresh today as they did more than 60 years ago. 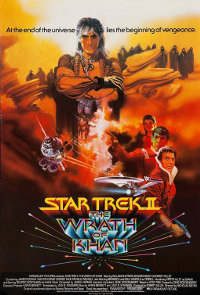 If Kubrick refined the science-fiction genre with his 1968 masterwork, Star Trek redefined science fiction in the television space before launching a successful series of films. After the disastrous cinematic debut of The Motion Picture, Nicholas Meyer directed William Shatner, Leonard Nimoy, DeForest Kelley, and the rest of the original series cast in their second of six big screen outings. In this film, screenwriter Jack B. Sowards digs into an original series episode about a genetically manipulated mastermind who is now seeking revenge on Captain Kirk for abandoning him on a planet several years earlier.

Ricardo Montalban plays Khan Noonien Singh, one of Trek history’s most compelling villains, as he manipulates Kirk into falling prey to his schemes. The Wrath of Khan is often cited as the best original series Star Trek film and its cinematic underpinnings are supported by a clever and adroit screenplay that keeps the audience both entertained and mentally engaged. It’s not only a great Trek film, it’s great science-fiction overall. 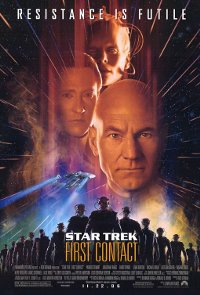 After Kirk and company signed off on their final voyage, the Star Trek: The Next Generation crew launched their big screen adventures with a satisfying, but somewhat underwhelming debut. Like the original cast before them, the modern crew of the USS Enterprise found their biggest success in their second film, First Contact.

Similar to Wrath of Khan, First Contact takes one of the Next Generation‘s most dangerous enemies, the Borg, and brings them onto the big screen in an exciting adventure that sees Captain Picard (Patrick Stewart) and his crew traveling into the past to prevent the Borg from eradicating Earth’s future by stopping the first contact flight that would introduce humans to the Vulcans. 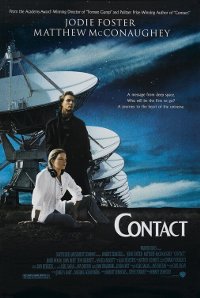 stalwarts Brannon Braga and Ronald D. Moore and able direction from director Jonathan Frakes (who also stars as Picard’s first officer Will Riker), Star Trek: First Contact rivals Wrath of Khan as one of the all-time great films in the Star Trek canon as well as being one of science-fiction’s best overall.

Jodie Foster stars in Robert Zemeckis’ sci-fi classic Contact as a scientist who has spent years searching for extra-terrestrial life only to find her proof in the form of reams of data received through her communications with entities she believes to be aliens. After fighting to get the device the aliens have sent them instructions for built, numerous setbacks interrupt her efforts requiring her to maintain her strong belief that what she’s received is indeed legitimate and not a hoax.

Based on Carl Sagan’s celebrated novel, Contact gives audiences a compelling set of philosophical questions that it answers in tandem with an exploration of religious faith and scientific curiosity. Foster is terrific in a film that wants the audience to think and understand the ramifications of knowledge of extra-terrestrial existence and to pose to themselves the kinds of queries that scientists explore on a daily basis. This is a film that rewards scientific exploration with a compelling and thought-provoking narrative.