What was once only the purview of direct-to-video shelves at Blockbuster has become a mainstay part of the cinematic landscape in the wake of the surprising success of Toy Story 2. While cinema had seen a handful of big screen sequels to popular animated films (The Rescuers Down Under and An American Tail: Fievel Goes West), it wasn’t until the Pixar Era of animation that sequels got a regular commission rather than being relegated to the dustbins of history. This week, The Boss Baby: Family Business becomes the latest such film to release in theaters. Although I won’t be giving Boss Baby any of my money, there have been a handful of great animated sequels and these are my five favorites.

Before we get into the final five, I wanted to highlight a few of my favorites that didn’t make the cut, but still merit reference: Monsters University, Kung Fu Panda 3, How to Train Your Dragon: The Hidden World, Fantasia 2000, Incredibles 2, Frozen II, Madagascar 3: Europe’s Most Wanted, and The Croods 2. 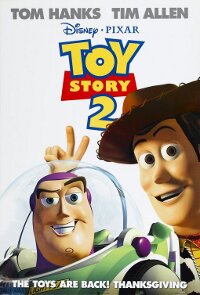 With only their third film, Pixar proved it was not going to follow in the mold formed for it by Disney, giving its first sequel to its first and highly popular film Toy Story. Toy Story 2 was an advancement in graphics, but was also an advancement of story, bringing us further into the lives of the toys that populated Andy’s closet. For Pixar, it would be another in a string of successful computer animated features that went on for more than a decade. For Disney, it was a departure as the film was originally prepared as a direct-to-video sequel like all of its prior properties. Not only did Pixar prove the business model flawed, it released to stellar reviews and blockbuster box office numbers.

In the film, Woody (Tom Hanks) is stolen by a toy collector while Buzz (Tim Allen) must launch a rescue operation. The film is best noted for the addition of cowgirl Jessie (Joan Cusack) whose backstory involves being given up by her owner, Emily, after she had outgrown her. This sorrowful tale is told evocatively in “When She Loved Me,” the best song ever written for a Pixar film. The story is more roundly pleasing and engaging than the first film and, with the third film in the series, remains one of the highwater marks of Pixar’s output. 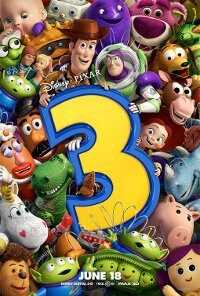 Speaking of Toy Story 3, it took over a decade to get the third film in the series out to cineplexes and the wait was well worth it. Tremendous advancements in computer animation technology make this outing a sparkling gem with gorgeous animation and a heartwarming story to boot. It’s another continuation of the storyline where Andy is heading off to college and the toys are accidentally donated to a day care where they learn the pain and frustration of being disposable, destructible toddler playthings.

The entire voice cast is back for the final time (Don Rickles would die two years prior to the 2019 fourth feature) and they are as fun and engaging as ever. With a heartfelt story that brings us close to a final chapter for these wonderful toys, audiences were treated to a magnificent adventure with plenty of twists and turns, Pixar’s tried-and-true emotional evocation, and a finale that leaves the audience in a natural position to move on from these characters. Toy Story 3 is where Pixar should have ended it. The incredibly weak fourth chapter was a disappointment and everything would have felt perfectly capped by this film. 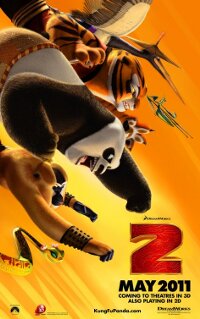 After the rousing adventure that was Kung Fu Panda, the talented vocal cast behind Po (Jack Black) and the Furious Five return in a new adventure that ups the stakes and quality in what is one of the best animated sequels ever made. As Po comes to grips with the notion that he’s adopted, an exiled peacock named Shen (Gary Oldman) returns to exact revenge on the kingdom that exiled him because of his pogrom to eradicate every panda in existence.

Po struggles for inner peace throughout the film, reflecting on the slaughter of his people and having to confront the leader of the rebellion that executed the plan. The animation here is breathtaking, not just for the shoji-screen-inspired hand-drawn backstory piece early in the film, but also in the gorgeous fight sequences that culminate in a beautifully animated combat between Po and Shen. Kung Fu Panda 2 is a sumptuously realized production that improves upon the successes of the first film to create an indelible landscape in which these fascinating characters can thrive. 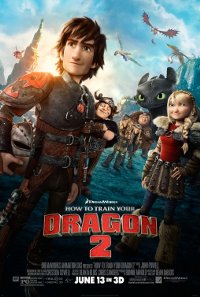 Instead of picking up exactly where the prior film left off, How to Train Your Dragon 2 positions itself in the near-future for Hiccup (Jay Baruchel) and his dragon Toothless. After the bitter fight between the Vikings and the dragons in the prior film, they now live in peace together, their needs in perfect balance. While Hiccup’s father (Gerard Butler) is pressuring him to be ready to succeed him as leader of the village, a new threat emerges when a dragon hunter (Djimon Hounsou) arrives trying to enslave the dragons to the service of his army.

How to Train Your Dragon was a well animated, inviting, and entertaining opening film in what is now a trilogy that explore the life of Vikings and dragons, hypothesizing about the mythical creatures and why they are no longer in existence. Although such notions are left to resolve in the final chapter of the saga, the middle film is a wonderful bridge exploring Hiccup’s coming of age and his deepening relationship with Toothless as well as all dragons. Handsomely animated, this was a fine second feature and when taken as a part of the whole, it stands out quite well, just slightly above the third film in the franchise. 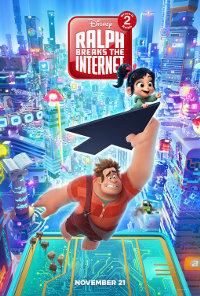 As much as Wreck-It Ralph explored the notion that not all bad guys are evil, Ralph Breaks the Internet explores the newfound friendship between Ralph (John C. Reilly) and Vanellope von Schweetz (Sarah Silverman). As Vanellope longs to be more than just her programming, much like Ralph in the first film, Ralph struggles to comprehend why his best friend would want to explore other avenues of friendship and although his jealousy of her growth leads to potentially devastating consequences for all of the internet, Ralph continues his defiance as he hopes to fix Vanellope’s game so she will always stay with him in the video game universe.

Ralph has grown dramatically from the first film, but his penchant for selfishness continues unabated, which enables this story about finding your own path to feel all the more engaging. The audience is brought along with characters they have already come to love into a broader, more vibrant world. Rather than focusing on any burgeoning romantic relationship between the characters, Disney wisely allows their platonic friendship to blossom and also to struggle. It’s a poignant film that gives the audience a natural evolution for both characters and explores a fascinating and beautifully animated world of homage that feels more vibrant than the similarly-oriented nostalgia piece Ready Player One.