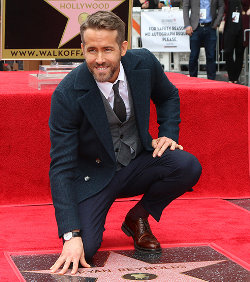 Hollywood’s heartthrobs are well known for appearing in some relatively banal films and Ryan Reynolds is certainly no stranger. After his emergence as a television actor in Two Guys, a Girl and a Pizza Place, he quickly rose to fame through a co-starring role in Blade: Trinity and a starring role in remake of The Amityville Horror. They weren’t his first films, but they established his blockbuster bona fides. Unfortunately, his fame took a hit with the failures of X-Men Origins: Wolverine and the box office bomb Green Lantern. He’s since revitalized his career thanks to his well received starring role in massive X-rated hit Deadpool and co-starring with Samuel L. Jackson in the prior film to this week’s sequel release The Hitman’s Bodyguard’s Wife.

All this while, Reynolds has quietly been making an impact in small, art house roles, delivering two of his finest performances in two of my selections for this week’s five favorites. Aside from the two other films cited above, the third film is an animated film, which I have often neglected to include for these articles, but which effectively used his vocal talents. 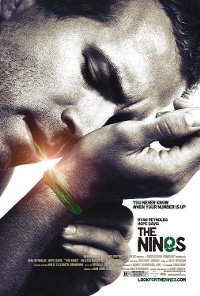 John August wrote and directed this small fantasy drama that looks at three separate, but linked stories starring Ryan Reynolds, Melissa McCarthy, and Hope Davis in three unique roles with Elle Fanning in a small role in one of the vignettes. Reynolds plays a troubled actor, a television showrunner, and a videogame designer whose intertwining narratives only merge at the film’s conclusion.

Reynolds tackles each of the three roles with differing personalities, making it clear that these individuals are notably unique even though they share a common purpose. Likewise, McCarthy and, especially, Davis deliver solid work in each of their three performances. It’s nigh impossible to explain the film’s plot with anymore detail than this as it’s imperative that the mystery surrounding the characters remains distinct. As such, I won’t spend much time going into those details, but I highly encourage you to catch this incredibly unique and fun movie. 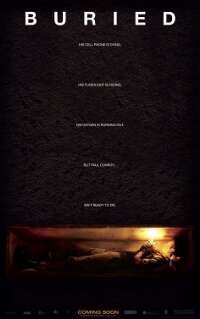 Reynolds’ single best performance is in this minimalist thriller about a US truck driver who finds himself buried alive with only a cell phone and a lighter to keep him company. As the film progresses, he receives persistently combative calls from his abductors wanting valuable information in order to release him. Meanwhile, his attempts to reach his wife as well as the state department to arrange his freedom, are constantly inhibited by frustration and red tape.

A kind of locked-room mystery with a single set works well on the stage, but doesn’t often work well in a cinematic setting. Such ideas can feel overwrought and gimmicky. While this gimmick is obvious in Buried, the film feels fresh with each new twist and turn in the narrative, thanks entirely to Reynolds bravura performance. Reynolds has no other actors to work off of in the confines of the claustrophobic coffin and the vocal actors provide terrific support, but this is essentially a one-man show and while many actors could have carried this off, Reynolds might well have been the perfect casting choice as he’s magnetic and his screen presence more than covers up for any weaknesses in the script, of which there are few. 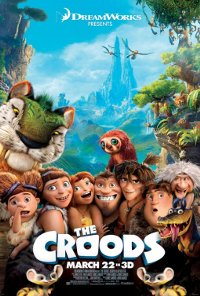 In one of DreamWorks’ lesser, but no less fun, franchises, The Croods became a box office success about a family of cavemen who must go in search of a new home while an interloper (Reynolds) tags along on their trek while falling in love with their daughter (Emma Stone). The film features the vocal talents of Nicolas Cage as the father, Catherine Keener as the mother, Cloris Leachman as the grandmother, and Clark Duke as the son. As the prehistoric family faces seemingly insurmountable challenges, they not only come closer together, but they also begin to learn to trust outsiders.

Reynolds’ vocal work is solid here and his character is a charming one, which plays well into his talents, but with the added potency of Stone, Cage, Keener, and Leachman, this tremendous cast of actors makes for a colossally enjoyable feature. When compared to Sony’s prehistoric Ice Age films, The Croods has significantly more charm, inventiveness, and adult-friendly narrative elements. This is a film that you can enjoy with the whole family without feeling like you’re being talked down to or sermonized at. 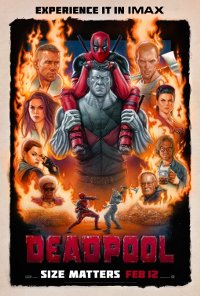 On the big screen, there have been few characters like Deadpool, a wise-cracking, fourth-wall-breaking, comic book antihero who managed to strike at just the right moment and generate millions of dollars for 20th Century Fox, a scant few years before being bought out by Disney. The R-rated superhero film takes all of the traditional superhero tropes and turns them on their heads in a narrative that would fit as well on the comic page as it did on the big screen.

Reynolds spends much of the film donning the red-and-black mask of the Deadpool character thanks to an early-film incident that left his face scarred. As he tries to bring the culprits to justice, his own girlfriend (Morena Baccarin) becomes a pawn in their game. The film is absolutely hilarious, if you love the kind of rude language and sexual innuendos that characterize the film. For some it will be just another superhero film, but it is both cut from the same cloth and a destruction of said cloth. Reynolds was working at the top of his comedic game with this film and although it wasn’t for everyone, it was a fun film for everyone else. The opening credit sequence alone is one of the best pieces of cinematic magic in decades. 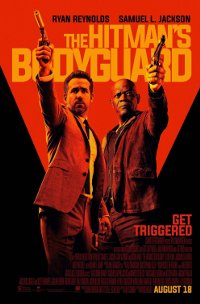 There are a lot of critics of Hollywood’s long term trend towards adaptations of popular works of fiction from other media and unending sequels. While this week’s new release is a part of that trend, the first film was one of the rare original concepts that many of those critics have demanded be made by Hollywood. It was a huge success and all of that can be attributed to its smashing co-leads Reynolds and Samuel L. Jackson. Salma Hayek, who has a much bigger role in the sequel than in this film, steals the show when she’s on screen with her foul-mouthed, abusive rants.

Reynolds has always been a talented comic actor with impeccable timing and effortless delivery. The same is true of Jackson, who has been given far fewer opportunities to express those capabilities. Together, the pair are working on a different level, riffing off each others’ characters’ fallibility and turning the whole film into a comedic gem that once again relies on crude language and sexual situations. While it isn’t nearly as fun as Deadpool, it’s still a pretty spectacular outing.