With A Quiet Place: Part II last weekend and The Conjuring: The Devil Made Me Do It this weekend, horror seems to finally have found the footing it needed to survive in a pandemic world. While A Quiet Place isn’t yet a franchise, The Conjuring is and since neither stars Patrick Wilson nor Vera Farmiga have done enough great films to carry out a list this week, I thought I would look at five horror film series that I have most enjoyed, which makes them ostensibly my favorites.

Some honorary mentions include Halloween, which has had a few clunkers, but some really solid efforts; Friday the 13th, which is just campy horror fun even if more than half of the outings have been awful; and Hellraiser, a series with such bloody excess that you can’t help but be impressed by its masochistic glee.

Now, let’s look at the five series I did land on and only one of them would fit wholly within another genre as well. 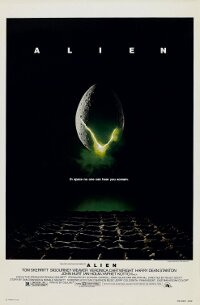 That series is Alien, which is ostensibly a sci-fi/horror hybrid, but which shifted more economically towards science fiction as the series progressed and with less emphasis on the horror elements. No other horror series has drawn quite the level of talent to the director’s seat either. Director Ridley Scott rode the wave of success for this film into a bountiful Hollywood career of varying quality, but with plenty of quintessential films in it. The second film was helmed by James Cameron, who went on to win an Oscar for Titanic and who has done more than his fair share of redefining of the sci-fi genre. David Fincher helmed the third film, his first big screen feature as well, and he’s been buzzing about the Oscars for years now. Alien Resurrection brought in Jean-Pierre Jeunet who hasn’t quite had the career success the others have, but that’s because he’s focused mostly on his impressive French film career with Amélie, a notably additional foray into American cinema (in French, though).

As for the series, apart from the two most recent attempts to revitalize the franchise, both directed by Ridley Scott, the first four films are impressive in varying ways. While not everyone is high on Alien 3 or Resurrection, the quality of all four films far outstrips any lack of consistency in the horror genre between originals and follow-ups. The story surrounds a mysterious alien lifeform that implants its hatchlings inside human hosts and otherwise feasts on their terrified flesh. A ruthless and frightening bad gal, this series is the single best horror/sci-fi crossover franchise ever made and is pretty high on the list of each separate genre as well.

A Nightmare on Elm Street 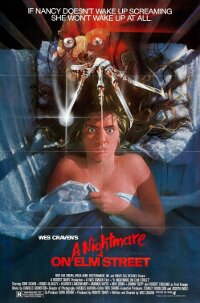 Every horror film franchise has itsmissteps and my personal favorite horror series doesn’t escape this truism. I first came to this series through the horror aisle of Blockbuster with A Nightmare on Elm Street 3. By this point in the series, Freddy Krueger (Robert Englund) had shifted into snarky serial killer mode, which was a broad departure from the first film and quite a bit lighter in tone than the second. As a result, my expectations for the series were no higher than the other schlocky ’80s horror flicks I had that far been consuming.

This changed after watching the original. A great, inventive horror premise I’ve discussed previously, A Nightmare on Elm Street was a revitalization of a stagnant genre that had gone down the sequel route to varying degrees of success with Halloween and Friday the 13th both struggling to maintain quality. Of course, the same thing happened to A Nightmare on Elm Street in its fourth, fifth, and sixth outings. In spite of this, I continued to enjoy the series and its wacky and inventive ways of killing teens in their sleep. Krueger was a no-holds-barred serial killer who took teens of all colors and genders. He was an equal-opportunity killer and it was the sins of their parents, not the teens, that were his cup of blood. When the series was reinvigorated with Wes Craven’s New Nightmare, the series largely came to an end (we don’t want to talk about the shitty reboot). It went out on a very high note with the second-best entry in the series and with its original creator at the helm. 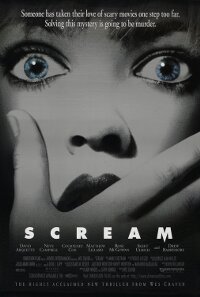 Wes Craven was responsible for my absolute favorite horror franchise ever and not only did he reinvigorate horror with A Nightmare on Elm Street in the ’80s, his Scream series did the same thing for horror in the 1990s. Returning to the conceptual masked serial killer idea that was popular in the 1970s and 1980s, Craven turned what he learned in New Nightmare into a thriving series of films that put the meta into meta-horror. The series follows a group of teenagers in a fictional small town as they contend with a serial killer amongst them. The problem for the killer is that they know the rules of the game, namely what not to do in situations that might have been depicted in older horror films.

These lessons form the foundation of the series as we see those who acknowledge and adhere to the rules of survival for the genre surviving while those who do not heed the warnings are slaughtered unceremoniously. It was a vanguard concept that has since been adapted numerous times, but with horror master Craven at the helm, it was impossible that the series wouldn’t be the cream of the meta-horror crop. The acting isn’t great, which is true of nearly every teen-murdering horror series, but it’s just enough of a cut above the rest that it stands out as one of the best modern horror series in a genre that feels rather young to have had so many reboots and re-invigorations. 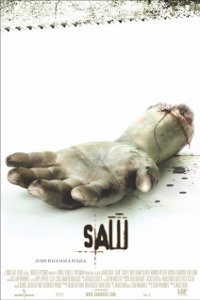 Speaking of inventive bloody contemporaries, the Saw series has to be one of the most gut-churning series of films on celluloid (the Texas Chainsaw Massacre might have set the stage for this, but its realism cannot hold a candle to this one). Based around a serial killer who abducts people and locks them in a room or house where they must decide if continuing to live is more important than physical comforts and that’s a very broad and rather tepid description for the carnage that follows. The first film was simple enough. Based on a short film about a young woman trying to escape an elaborate head harness before the timer snapped her head in two, we instead get a pair of trapped men who are chained to pipes in a locked room with a single saw between them. They must decide if they will cut off their appendages to get free or risk certain death.

It was such a great premise and impressive execution that it ultimately spawned a whole series of films, each one more elaborate and bloody than the last. Part of what is colloquially known as the Torture Porn genre of horror films, the end result is undeniably that. That said, the films posit something far more interesting. We as a society are so accustomed to our creature comforts that we neglect to truly understand what it is to take chances and to risk safety for reward. Taken to an extreme, that notion is what helps keep this series salient. While that might not appeal to everyone, as a part of the historical notion of horror films speaking out against the immoral, Saw and its subsequent films, take amoral to a new level and earn their places in the horror canon simply, evocatively, and bloodily. 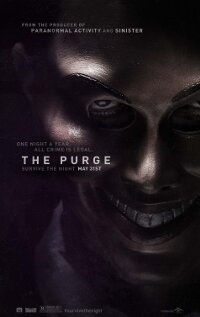 Taking a different, more overtly political tack to horror films, The Purge series was a refreshing shift in tone for recent trends in horror. Supernatural and gore pics had dominated the genre in the years leading up to The Purge and that film still had its share of gore, but it also focused on a quasi-futuristic look at the United States, namely the not-so-subtle jab that the rich just wanted to eat the poor and let them destroy each other. The first film in the series saw a Black man finding refuge in a white household in order to survive the annual purge where, for 12 hours (from sun up to sundown), all crime was legal, including murder.

A raft of WASPy youths are wanting to kill a Black man for reasons that, while murky, are obvious to anyone paying attention. Some would argue that the first film, a locked-house affair, didn’t live up the prospect of the premise. While that may be true, it definitely set a tone that was more subtle and world-weary than they give it credit for. The series proceeded from there and turned out several films of even more obviously political stances. The latest entry in the series comes out this year and tackles immigration, unlike the prior versions. This series has a lot going for it and while it might not be as inventive as some of its more bloody contemporaries, the strong political bent of the series more than makes up for the shortcomings.