With two major wide releases this weekend, Disney’s origin story of the villainous Cruella DeVil, known simply as Cruella, and the horror sequel A Quiet Place: Part II, the box office should get a sizable jolt. The two leads of these films are women, which marks a decided departure from your typical blockbuster releases. It’s a welcome turn of events, though it made it difficult to decide between Emma Stone or Emily Blunt for this week’s 5 Favorites article. Ultimately, I landed on Stone, which affords me a chance to talk about five amazing films that characterize her broad range of talent even as Cruella suggests another excellent example. 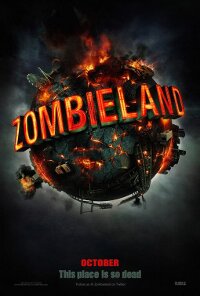 The year before her breakthrough role in Easy A, Emma Stone was already showing an affinity for unique premises. Zombieland is a post-apocalyptic zombie comedy starring Jesse Eisenberg, Woody Harrelson, Stone, and Abigail Breslin as a quartet of survivors who go only by the names of the cities they came from. As they travel across the landscape in search of safety and the ever-elusive Twinkie, these four engage in hilarious send-ups of zombie film tropes while doing a bit of zombie-slaughter on the side.

Ruben Fleischer’s direction of the film is fine, but it’s the cast that really sells this zombie comedy. Apart from choosing unusual roles, Stone was also showing off the exceptional talent we would come to expect from her every performance. This film is hilarious and exciting in equal measure with a twelfth-hour cameo that will leave the audience in stitches. 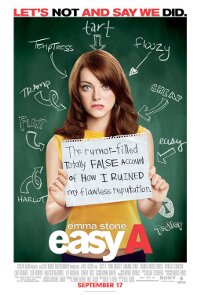 This was the film many really stood up and noticed Stone’s killer acting ability. It was the first role she earned Oscar buzz for, though she didn’t manage to secure a nomination in spite of plenty of critical support for her performance. Easy A is a high school comedy that takes the audience into the traditionally gossip-heavy world of teenage education with Stone deciding to double-down on a lie in order to keep her best friend from finding out that she was attempting to avoid attending an event with her friend’s eccentric parents.

The film is an exploration of the reputation-destroying nature of high school gossip mongers. As the information about her sexual fling becomes the talk of the school, she uses the literary trappings of The Scarlet Letter to help her embrace the fictional narrative the school has crafted around her seemingly innocuous lie. With Patricia Clarkson and Stanley Tucci offering incredible support, both in terms of acting and in terms of their characters’ feelings towards their daughter’s untruthful proclivities, this is Stone’s vehicle and there’s no question that the result is that of a star being born. 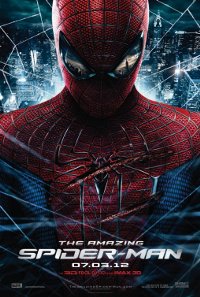 Stone’s first foray into big budget blockbusters was in the Sony reboot of their popular Spider-Man character, whose three-film series was a massive hit, but would not be moving forward with its original cast. Instead, they re-cast the role with Andrew Garfield in the lead, a far superior performance to that of Tobey Maguire in the originals. They also shifted the romantic interest from Mary Jane (Kirsten Dunst) to Gwen Stacy, embodied by Stone. Rhys Ifans takes over the villain role as Dr. Curt Connors whose experiments cause him to transform into an anthropomorphic lizard and wreak havoc on the city while putting Peter Parker and Gwen in grave danger.

Dunst had a far more enviable career prior to taking on the love interest role in the original Spider-Man, but Stone showed how to create a better developed character with Gwen Stacy, typifying her approach to every role, giving a solid performance even in a film that has its detractions. Garfield and Stone have great chemistry together and their performances portended great things for a character that had already seemingly run its course. Unfortunately, the sequel wouldn’t hold a candle to this film, and Garfield was booted from the role in favor of a younger Tom Holland in the Disney-linked Spider-Man: Homecoming.

Birdman or (The Unexpected Virtue of Ignorance) (2014) 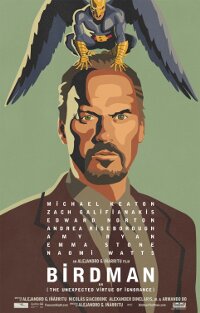 After well regarded performances in Easy A and The Help, Stone earned her first Oscar nomination for Alejandro G. Inarritu’s Best Picture Oscar winner, Birdman. Starring Michael Keaton as a washed-up stage actor haunted by the one-time big screen superhero character that seemingly destroyed his burgeoning career by making him virtually unemployable due to his association with that role, Keaton found a great deal of his own career in this character and turned in a career-best performance, one that should have landed him the Oscar.

The film takes place backstage as the actor attempts to return to the Broadway stage and revive his waning career where Stone plays his disaffected daughter and Edward Norton plays an outlandish co-star, an egoist with an agenda of his own. Inarritu’s film is a bizarre concoction taking the audience behind the curtain to explore the theatrical community from a different angle while contemplating the nature of fame and the specter of success. It’s brilliantly acted, well-cut, and enjoyable. 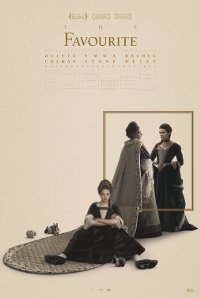 After winning the Oscar for La La Land, Stone branched off into another new direction, adopting a British accent for Yorgos Lanthimos’ risqué costume drama The Favourite. Co-starring British actors Olivia Colman as Queen Anne and Rachel Weisz as Lady Sarah, the queen’s consort. Stone plays Abigail, one of Sarah’s younger cousins who begins to insert herself in the affairs of Anne and Sarah, attempting to come between the two and earn her place in the Queen’s employ.

A raucous and fascinating film, Lanthimos digs into realism as he pits Abigail and Sarah at one another while the Queen unwittingly, and perhaps unknowingly, gives into the fawning machinations of Stone’s character. As the film proceeds, Anne’s physical disabilities, paranoia, and fits of anger risk damaging her place at the top of the monarchy while giving Sarah and Abigail an ever-changing viper’s nest to wade through. Brilliant performances all around, Colman took home the Oscar, but Stone was well deserving of her Supporting Actress nomination alongside the also-deserving Weisz. Of course, having three powerhouse once and future Oscar winners working together is sure to work out well, but the end result is even more spectacular than audiences could have ever imagined.