Guy Pearace arrived on the acting scene in 1990 and quickly rose to prominence taking on numerous high profile roles in films like L.A. Confidential and Memento. The Australian character actor has steadily built up a solid filmography of more than 50 films, including his supporting role in this weekend’s Bloodshot. In looking over Pearce’s lengthy list of performances, his film selections haven’t always been great, but they’ve typically been interesting. Here are my five favorite films with Guy Pearce in them.

The Adventures of Priscilla, Queen of the Desert (1994) 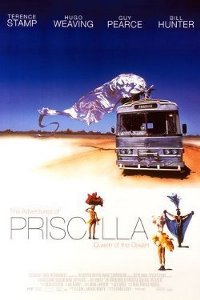 Imagine my surprise when a friend and I sat down to watch this Australian drag comedy and were double-over with laughter. This hilarious Outback adventure helped turn around the careers of its three stars, Hugo Weaving, Terrence Stamp, and Guy Pearce.

Weaving plays Mitzi Del Bra, a down-on-his-luck queen who wants to be a better person for his daughter, who currently lives with his estranged wife in the middle of Australia and wants Mitzi and his crew of queens to put on a show at her casino. Stamp plays an aging queen unsatisfied with the exuberant night life of Sydney. Pearce plays a young new queen who has grown up isolated in Sydney against the bigotry of conservative folk in smaller towns.

You don’t have to be a drag queen to enjoy this delightfully gay film about surviving as a gay man against a society that doesn’t accept them. On top of all this, the costumes are brilliant, winning Lizzy Gardner and Tim Chappel Oscars for costume design for dresses made of flip-flops and more outrageous outfits. 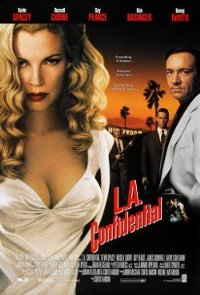 Director Curtis Hanson attempted to revitalize the film noir genre with his neo noir thriller L.A. Confidential based on the James Ellroy novel of the same name. Russell Crowe and Guy Pearce, largely unknown to American audiences at the time, starred as White and Exley, cops in 1950s Los Angeles investigating a multiple homicide that threatens to unravel the police force and organized crime syndicates in the city.

Crowe and Pearce managed to parlay this film’s Oscar success (nominated for nine Oscars, winning two) into broader American appeal. The former becoming a huge box office draw upon the success of Gladiator, while the latter built out a stable career as a character actor with lead actor success in films like Memento, The Proposition, and more.

The film also featured stellar turns from Kevin Spacey as a narcotics detective, Danny DeVito as a muckraking journalist, and James Cromwell as the head of the department. Several other noted actors also did well. The only bum note for me was Kim Basinger as the femme fatale Lynn Bracken, a Veronica Lake look-alike prostitute. Her performance was far from interesting and was duller than she was exciting. 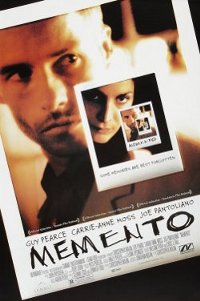 Like star Pearce, director Christopher Nolan got his big break with this mind-bending drama about a retrograde amnesiac (Pearce) who cannot form new memories. To aid him in his quest to uncover his wife’s killer and his own attacker, Leonard uses Polaroid pictures and notes as well as tattoos to help him remember important details and slowly unravel the truth of the crime.

Nolan soon became well known for his inventive film premises, often revolving around interesting temporal concepts and the persistence or memory. Memento was a terrific film that featured superb performances, especially from Pearce, as it wove a complex narrative that was ultimately easy to follow and twisted in some most fascinating ways. 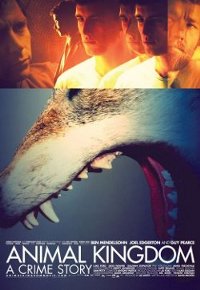 David Michod’s crime drama included Pearce in a supporting role as a police detective investigating a case of armed robbery carried out by the Cody family. Ben Mendelsohn, James Frecheville, Luke Ford, and Jacki Weaver play the members of the family with Joel Egerton starring opposite Mendelsohn as his partner in crime.

Weaver was nominated for an Oscar for her performance, but Michod’s film is filled with terrific work from actors who have since become more ever-present in the cinema landscape with Egerton, Mendelsohn, and Weaver going on to additional acclaim in films inside their native Australia as well as in the United States. 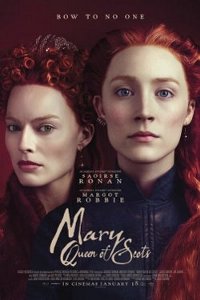 Starring Saoirse Ronan and Margot Robbie as Queens Mary Stuart and Elizabeth I, Josie Rourke’s film is an attempt to cast the story of Mary Queen of Scots against the backdrop of modern ideals and notions of feminism. The film largely succeeds at this endeavor, though its ignorance of the common structure of period dramas earned it few fans.

Ronan is always spectacular and her performance here is no different. The script around her might not be the most compelling at times, but there’s no lack of creative energy involved. Pearce is given the small role of William Cecil, Elizabeth’s advisor. While he plays along with the machinations of the male-dominated court, he doesn’t quite stand out the way he might have in a more important role.

Robbie is likewise great as Elizabeth I, giving her both strength and weariness. Her appearance in the film is fairly limited, but when she’s on screen, she commands attention except against Ronan. The only other standout performance is from David Tennant as the disgusting misogynist John Knox, a minister of the Church of England. He conveys the odious nature of the pompous priest with great vehemence and flair.