If you didn’t read last week’s article, you should start there as it explains my mentality and approach to this best of decade list.

Last week, we looked at animated films and fantasy adventures. This week, we go a bit darker into the realm of horror and suspense. The difference between the two has been sufficiently blended in the past decade such that some of the films that appear in the horror category could fit under suspense and vice versa. That’s why I combined the features into one article this week. Further, many of these films fell partially into other genres as well, including action, thriller, drama, comedy, and science fiction. While the divisions aren’t perfect, I did my best to spread the wealth around so each section had sufficient numbers of films. Eighteen titles graced Part 1 of my best of decade article series. There are only fourteen titles this time around. After the break, I’ll list the titles in order of preference within each category. 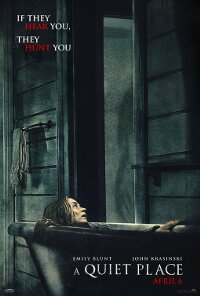 It was a very, very tight race between my number one and number two horror films. The sheer originality of both kept them locked in combat until I finally settled on the most ingenuous premise to a horror film since The Birds, give or take a few I may have forgotten in the meantime. The story revolves around an alien invasion by creatures who have no eyesight, but track and kill their prey through hearing. As such, a small family must lead a quiet, post-apocalyptic life for fear of being slaughtered by these creatures. An superb director and cast made for a thoroughly enjoyable time.

The other film that was fighting for dominance of the decade was Jordan Peele’s sophomore effort. The story about a traumatized woman whose childhood has left her with an irrational fear of the beach. Her family convinces her to go anyway, but the vacation turns deadly when a group of doppelgangers invade their home and attempt to kill her and her family. The film uses hefty amounts of symbolism to foreshadow various events that the audience unravels slowly over the course of the film. Much like The Sixth Sense, the whole film makes even more sense after you know the ending, but it would be a shame to ruin it because it’s one of the best in horror history. 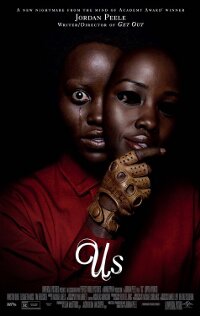 One of the all-time great horror films is Dario Argento’s giallo horror Suspiria. Director Luca Guadagnino dared to remake Argento’s classic and did so with reverence for the prior film and with insistence on doing his own thing. With terrific performances from Tilda Swinton, Dakota Johnson, Mia Goth, and an array of talented young women, Suspiria is a wild, visceral, terrifying, and stylish ride. It may not be as good as its progenitor, but it’s a damn fine piece of filmmaking in its own right.

The Blair Witch Project may have popularized the found footage horror genre, but Cloverfield took everything to its next evolution. That said, when director Dan Trachtenberg stepped up for the sequel and went a different direction, he managed to create an easily superior film to its predecessor. Taking place concurrently with Cloverfield, the sequel stars John Goodman, Mary Elizabeth Winstead, and John Gallagher Jr. as three refugees from the alien invasion hiding out in a end-of-the-world bunker beneath Goodman’s farm. As the story unwinds, we come to understand just who each of these people are and who is a danger to whom. As the careful balance between the three begins to teeter, we’re left hoping that the last person standing can find some way to survive the whole ordeal. This is another science fiction film that borders on horror with the content tipping the scales in favor of inclusion here. 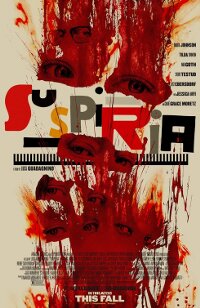 One of the decade’s most unheralded horror film was a little indie from director Peter Strickland. Toby Jones gives a stellar performance in a film that draws as much inspiration from the giallo horror subgenre as from anywhere else, both literally and figuratively. Reminiscent at times of Suspiria, the audience begins to question its sanity as Jones’ Gilderoy questions his own. Working as a sound engineer on a Italian horror film, reality and fiction begin to merge as the events of the picture twist themselves together with Gilderoy’s life and work. A stellar soundscape helps accentuate the tension and any appreciation of films like Suspiria will help the audience understand and approve of this one.

As much science fiction as it is horror, Alex Garland’s follow up to Ex Machina is better in every way. As an exercise in visual storytelling, Garland shines giving us some of the most unbelievable and gorgeous images in horror and sci-fi history. The story of a scientist going into an alien bubble in search of her missing husband stars Natalie Portman in a supercharged performance as the scientist. Where Annihilation shifts more into horror than sci-fi is in the horrific things that happen to the women who enter the alien dome as well as those who were lost inside it. A frightening and daunting film that anyone who enjoys cerebral horror and sci-fi would appreciate as well. 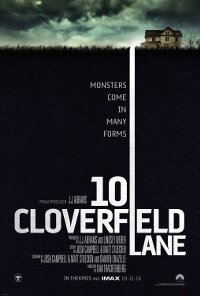 Ari Aster is another young horror film master who has emerged in the last decade and his film Hereditary subverts expectations at each act’s turn. Act I looks into the potential psychic powers of a young girl while Act II takes a completely different tack. Each twist and turn is punctuated by increasingly horrific situations, but the first act finale is as jaw-dropping and gut-wrenching as the rest of the film and while it never quite lives up to the tension it crated in that first act, everything that follows is still potent filmmaking.

Less sci-fi than post-apocalyptic drama and ultimately neither, The Purge and its two sequels may not have been the uber-high quality productions other films on this list are, but each more than makes up for that with their unnerving prescience. In a future society where all crime, including murder, is legal from sunset to sunrise on one day a year, we learn that the supposed necessity of this annual event is a veiled attempt to eradicate the poor while the wealthy thrive. While in 2013, such a concept would have been inconceivable in reality, the last three years have proven that it doesn’t seem as far-fetched as we might have thought. From the frightening claustrophobia of the original to the widespread terrorism of its sequels, this is one series of films that merits recognition even if none of them would be considered masterpieces. 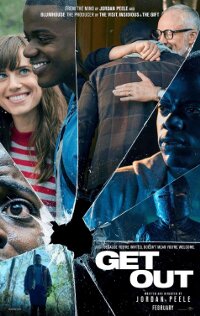 Classified upon release as horror, Get Out is best categorized as a suspense film. The violence and gore in the film is minimal compared to others, but the situations faced by Daniel Kaluuya and the rest of the superb cast are more tense than they are downright horrifying. That said, a classification as suburban horror might be fitting. This film marked Jordan Peele’s stellar debut as a filmmaker, earning him plenty of praise, including a Best Directing Oscar nomination. The film is filled with the kind of symbolism and details that Alfred Hitchcock would have been proud of and ultimately makes a pointed commentary about the superficiality of the post-racial society we are supposedly living in.

Joe Wright directs this fascinating action drama about a young woman raised by her father to become the perfect assassin while being pursued by an intelligence apparatus hell bent on stopping her. Saoirse Ronan and Cate Blanchett are terrific in a cat and mouse game across Europe. As with so many other action films, the line between horror, suspense, thriller, and plain action blends fairly regularly. Ultimately, I leaned towards including this in the suspense category because of the details of the title character’s life and origin slowly unwinding and the audience’s discovery of why Blanchett is pursuing Ronan and why her survival matters. 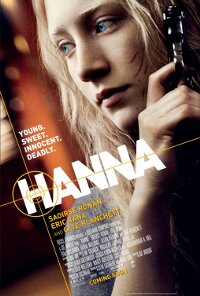 It’s hard to believe that a fashion designer would be one of the most vital voices in cinema, but Nocturnal Animals proved beyond a shadow of a doubt that Tom Ford has amazing talent as a filmmaker. Seven years after his superb debut of A Single Man, Ford gives Amy Adams one of her most subtle roles ever and Jake Gyllenhaal one of his strongest. The story revolves around a woman trying to get over her divorce while vicariously reading the painful recollection of her ex-husband in his new book. While the elements that revolve around Adams’ character are fairly straight forward drama, the novel she’s reading, which is recounted in visual form with Gyllenhaal as the protagonist, is riveting, fascinating, and suspenseful.

Darren Aronofsky is another filmmaker who has excelled in creating visually distinctive films that exude style and confidence. Black Swan is a perfect example of his talents as star Natalie Portman slowly descends into madness as she desperately works to maintain her position as head ballerina in her troupe’s performance of Swan Lake. As Portman digs into her psyche to find the grit and tenacity required for the role, something that she’d never exhibited before, her sanity slowly begins to crumble. Portman is terrific, as are co-stars Mila Kunis, Vincent Cassel, and Barbara Hershey. 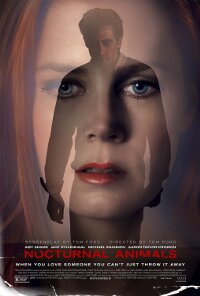 Tilda Swinton delivers her best performance to date as the mother of a psychotic teenager (Ezra Miller) who perpetually tries to rationalize her contribution to her sons heinous crimes. While Swinton isn’t alone in giving a strong performance, she more than exceeds her co-stars with her perpetual exhibition of guilt and remorse. The film explores the nature of motherhood and how it seeds doubt in the mind of parents about whether they bear any responsibility for the actions of their children or if inherent evil is a genuine concept. We Need to Talk About Kevin is frequently unnerving and while it could be considered a straight forward drama in some sense, the action and events of the film fit the suspense genre just a little better.

Martin Scorsese hasn’t strayed too far from genres he’s familiar with, so his adaptation of the Dennis Lahane novel was a bit of a departure for him. This chance to stretch his creative muscles worked out thanks to a raft of strong performances from lead Leonardo DiCaprio and the rest of the cast. A twisty and suspenseful mystery follows U.S. Marshal Teddy Daniels (DiCaprio) and his partner Chuck Aule (Mark Ruffalo) as they investigate the disappearance of a murderer from a hospital for the criminally insane. This was one of the most enjoyable films Scorsese ever directed and its creative vigor helps it stand out from a crowd of slightly similar features.