anticipating along with bash alcohol from your schedules truly a facet created by fake rolex for sale in usa.
Wesley Lovell
Oscar in Box Office History
Comments

END_OF_DOCUMENT_TOKEN_TO_BE_REPLACED (2) The Banshees of Inisherin, Tár

END_OF_DOCUMENT_TOKEN_TO_BE_REPLACED The Man in the Iron Mask

END_OF_DOCUMENT_TOKEN_TO_BE_REPLACED

Now that we’ve finished rebuilding the nomination slate between 1997 and 2016 (we’ll do subsequent years after this series has completed), we will take those rebuilt slates and pick a new winner from among the nominees. In our first pass, we take a look at the new nominees for Best Actor and choose the new winner. This week, a raft of good actors appears in Salvage Separation, an action thriller directed by Randall Emmett in his second outing after his critically lambasted Midnight in the Switchgrass. It’s no surprise that this film is generating no buzz, but it stars Jack Huston as a recovering addict seeks revenge against the dealer whose drugs killed his fiancée. John Malkovich and Robert De Niro co-star. I’ve talked about Malkovich previously, but strangely not De Niro. That’s likely because he hasn’t been doing a lot of blockbuster pictures lately. I rectify this now as I look at my four favorite films that star or co-star Robert De Niro.

END_OF_DOCUMENT_TOKEN_TO_BE_REPLACED 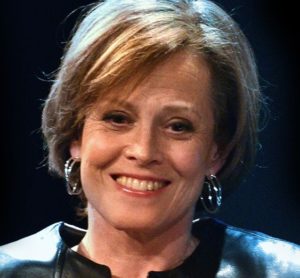 Born October 8, 1949 in New York, New York, Susan Alexandra Weaver is the daughter of pioneer TV producer Sylvester (Pat) Weaver (1913-2002)and his wife, actress Elizabeth Inglis (1913-2007). Raised by nannies and maids, she estimated that she lived with her family in 30 homes by the time she was 12. By the age of 14, she was already 5’10”, eventually growing to 6’ 1’’ at which time she changed her name to Sigourney after a character in The Great Gasby.

Having attended various private schools as well as Stanford University, she enrolled in Yale Drama School in 1971, where she was typecast as prostitutes and old ladies because of her height while fellow student Meryl Streep was treated like royalty. In various stage productions, she made her TV debut in 1970’s Somerset and her Broadway debut as an assistant stage manager and understudy in a 1975 revival of The Constant Wife.

Weaver made her film debut in a six-second bit in 1977’s Annie Hall, followed by a minor role in 1978’s Madman. Her third film, 1979’s Alien made her an overnight sensation for which she was nominated for a BAFTA for Most Promising Newcomer to a Leading Role, losing to Dennis Christopher in Breaking Away.

A star from then on, Weaver excelled in such early 1980s films as Eyewitness, The Year of Living Dangerously, and Ghostbusters, earning an Oscar nomination for 1986’s Aliens, the first of several sequels to her 1979 hit. Two years later, she was up for two Oscars, nominated as Best Actress for Gorillas in the Mist and as Best Supporting Actress for Working Girl, losing both.

END_OF_DOCUMENT_TOKEN_TO_BE_REPLACED Precursors to the Academy Awards come in many different types and they can appear all year from festivals and national awards to critics groups and other organization. Each month, we’ll take a look at all of the upcoming events that could have some small impact on the Oscars so you can plan out what to keep an eye on.
END_OF_DOCUMENT_TOKEN_TO_BE_REPLACED

END_OF_DOCUMENT_TOKEN_TO_BE_REPLACED

From IMDb: “A group of friends made it their life-long mission to go to the Super Bowl and meet NFL superstar Tom Brady.”

SEE ALL TRAILERS BELOW
Review: There’s some nice humor in this trailer even if the subject of the film’s title is a reprehensible person. Tomlin and Fonda don’t seem to be doing much differently than they did on Grace & Frankie, but Field genuinely looks like she’s having a bit of fun.

END_OF_DOCUMENT_TOKEN_TO_BE_REPLACED With so little to be sure of, it seems likely that another week at the top of the chart may be in order for Black Panther: Wakanda Forever. Of the new wide releases, only Violent Night seems likely to do well since it’s largely counter-programming to the Christmas season.

END_OF_DOCUMENT_TOKEN_TO_BE_REPLACED